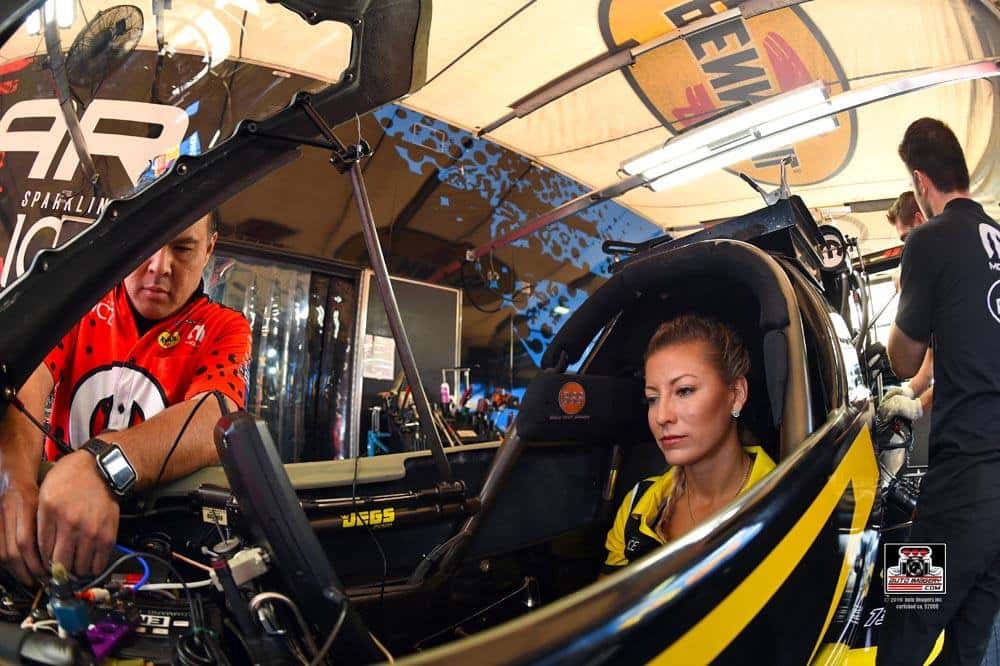 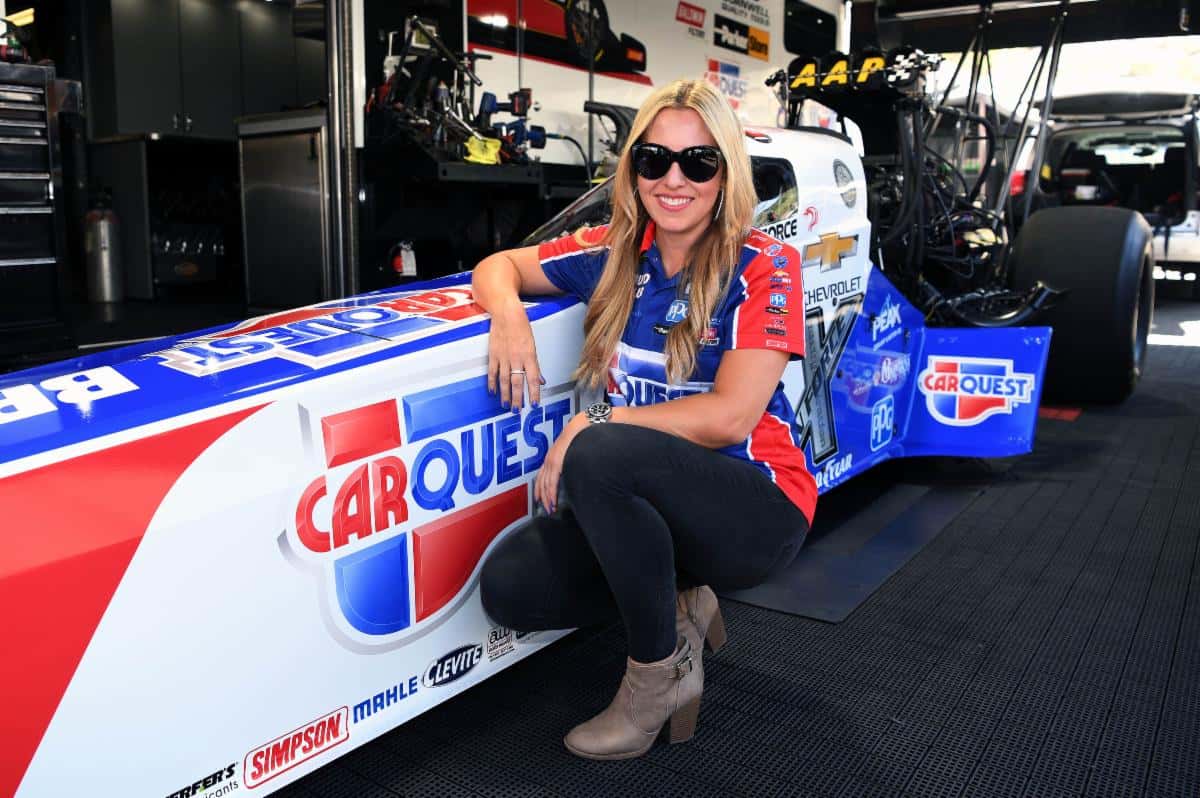 Formula One, NASCAR Cup, and Indycar are all bereft of woman drivers save for a yearly token appearance. NHRA Drag Racing, however, has embraced female competitors since the 1960’s and they not only win races, but championships as well!

Pritchett, a native of Redlands, California now residing in Avon, Indiana, has eight career TF victories, plus three Pro Mod wins and three in Factory Stock Showdown. Leah is the reigning FSS World Champion and will also be competing in the category at Indy, as her 170-MPH Dodge Challenger will battle similar supercharger-equipped COPO Camaros and Mustang Cobra Jets.

Another strong contender for the USN Top Fuel crown is Brittany Force, the 2017 NHRA Mello Yello TF World Champion. She has one win this season (at Houston in April), nine career wins, and was the number one qualifier at Brainerd last weekend. The JFR team has spent the year transitioning to a new mechanical combination courtesy new crew chief David Grubnic and they will certainly be in the mix at Indy.
While Funny Car Elimimator is all-male at this time after the recent retirements of Courtney Force Rahal and 2014 USN FC champ Alexis DeJoria, Pro Stock features a top contender in two-time (2014-2015) PS World Champion Erica Enders; she just lost the Brainerd final by an eyelash to Jason Line and she has amassed 23 PS wins over her career. Enders will also do double-duty at Indy, wheeling a turbocharged Camaro in Pro Mod.

It’s funny — after all the “Mania” that overwhelmed the Indy 500 some years back, I think there are probably more young girls racing Junior Dragsters wanting to become the next Shirley Muldowney than there are hoping to go the alternative route. I wish them all success.