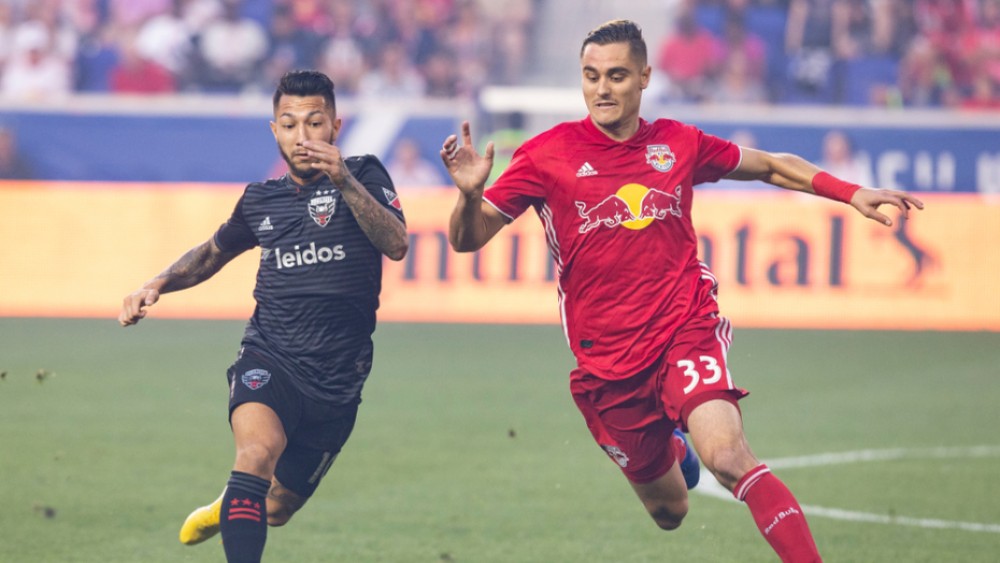 26-year-old Aaron Long of the New York Red Bulls was named MLS Defender of the Year on Wednesday, after helping his team allow a league-low 33 goals. Long added three goals and two assists in 34 matches (31 starts), on top of his stellar defensive work. Long received 26.52 percent of the vote to edge out Chad Marshall (20.93) of the Seattle Sounders. Atlanta United teammates Michael Parkhurst (7.1) and Leandro Gonzalez Pirez (5.78) were third and fourth, respectively, while Kemar Lawrence (5.6) of the Red Bulls was fifth. Long joined the Red Bulls in 2016 and didn’t see any play time until his breakthrough 2017, when he played in 31 games (30 starts.) He was also a member of the MLS All-Star team. Long and the Red Bulls will host the Columbus Crew on Sunday for the second match of their Eastern Conference semifinal series. The Crew won the opening match 1-0.