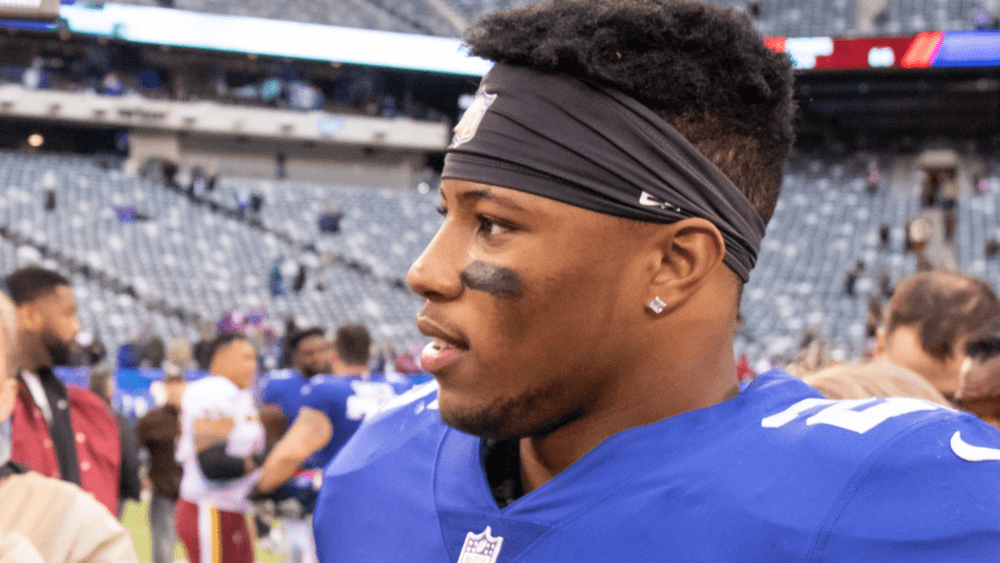 The New York Giants officially announced that star running back Saquon Barkley will miss the entire season due to a torn ACL.

The Giants organization released the following statement on Monday: “Giants running back Saquon Barkley underwent an MRI of his right knee this morning at Hospital for Special Surgery. The results of the testing confirmed that Barkley suffered a torn ACL in yesterday’s game in Chicago Barkley will undergo surgery to repair the injury in the near future.”

The injury will end Barkley’s season and perhaps put his Giants’ future in jeopardy.  In Barkley’s absence, the team will lean on Dion Lewis and Wayne Gallman along with fullback Eli Penny. Reports have surfaced that the team are hoping to sign a veteran such as former Atlanta Falcons Pro Bowl back Devonta Freeman, who is scheduled to meet with the Giants this week.

Via rssfeeds.usatoday.com
The New York Giants will have to navigate the rest of the season without RB Saquon Barkley, who…
09/21/2020 5:13 PM